You are here: Home Palaces, castles and gardens Richard Wagner Sites in Graupa

Richard Wagner Sites in Graupa
Where Wagner’s »Lohengrin« was created 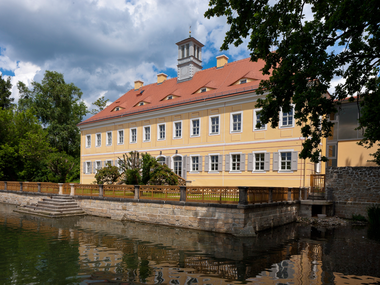 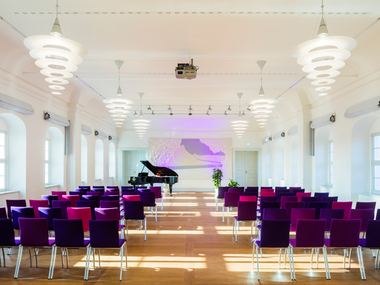 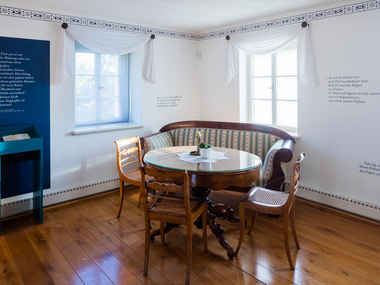 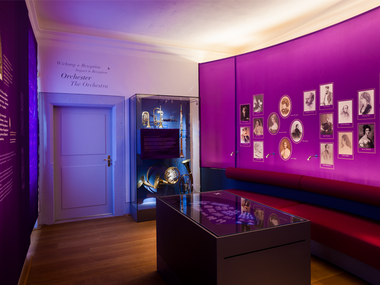 All Germans are familiar with the phrase “My Dear Swan!”, which is used to express an overwhelming situation. It originates from Richard Wagner’s opera “Lohengrin”. The Richard Wagner Sites in Graupa now invite you to explore the places that inspired the music played in this opera. Did you know that Richard Wagner began his musical career in Saxony? He became the Royal Saxon Conductor at the Dresden Court Opera in 1843. In 1846, a three-month summer holiday led him to Graupa near the Saxon capital. He took lodgings on a farm to recover from the everyday strains of his job. He walked a lot, and the idyllic natural landscape between Pillnitz and Saxon Switzerland inspired his compositions. A real surge of creativity helped him compose the main parts of his Romantic opera “Lohengrin”. In 1907, memorial rooms were set up in the house where Wagner had lived and worked. The farmhouse has since been known as the “Lohengrinhaus”. It was reopened with a new design in 2009 following extensive redevelopment work. You’ll be able to enjoy an exhibition on the “Lohengrin” opera and explore the reconstructed Wagner rooms. The Graupa hunting lodge is just a stone’s throw away, where a permanent exhibition was opened in 2013.