You are here: Home Palaces, castles and gardens Mylau Castle 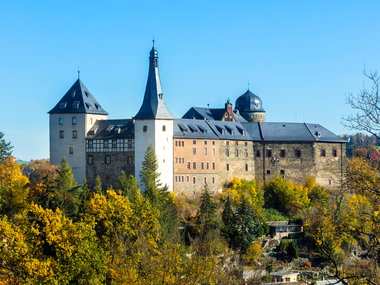 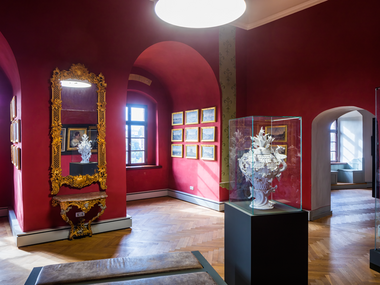 Mylau Castle is the largest, almost completely preserved medieval fortification near the famous Goeltzschtal Viaduct in the Saxon Vogtland. It was built in the 12th century and later became the region’s administrative center. The castle’s former days are reflected by the 27-meter keep and square towers. When Charles IV took possession of the castle, he granted town rights to Mylau. The castle grounds remained in noble hands until the end of the 18th century, when the castle became a bourgeois home and one of the first industrial sites in Saxony. The medieval castle became the property of the municipality in 1892. Nowadays, some of the most popular attractions include the museum with its historic rooms, the traditional town of Mylau and its castle, and the Goeltzsch- and Elstertal Viaducts.